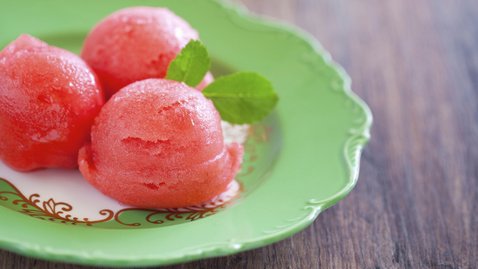 I’ve made the final 5, which is an unbelievable feeling. We finally got the Taste Test. We were waiting for it for weeks but not in that format. Very difficult as your mind and eyes are playing tricks on you. What you didn’t see last night was that there was a change of plan during the taste test.

Originally we were supposed to identify each flavour. But you could only move on to the next one if you got the previous one right. Unfortunately, none of us got past the second one as it was so difficult. It was a combination of basil and tomato, and the basil was so overpowering, we didn’t get the tomato. Cue take two. We had to identify them all and see how many we got. I got 4 which was just OK, most got 5 and Sinead got 6. Not sure what happened to Jacinta but I felt so bad for her having to sit in the chair as if she had done something bold! I would like to have seen Nick and Dylan attempt that. I fully believe that none of them would have bettered 6.

So we came back the next day and got a masterclass on flavours and making ice-cream and sorbets. I really enjoyed that. Kieran from Murphy’s made a sorbet and an ice-cream for us. One of them was lavender and burnt caramel which he called sun. Now it tasted nothing like sun to me, but I did like the one he made from smoked peat. He is selling it for a few days in the shop so it would be great to hear if other people think it tastes of sun! Check out their shop off Grafton Street if you haven’t been there. Especially the brown bread or the sea salt flavours.

Our challenge was to create a dish incorporating ice cream or sorbet. I made a chocolate tart which I had sort of made before. Problem was I used too dark a chocolate and it was just too much. I also made these cool raspberry jellies for the side, but by the time the judges got to taste it, they had melted on the plate.

It was tough to lose 2 contestants this week. Taking last week and this week together, I’m lucky to still be there. But I’m in the last 5 now which is hard to take in. I had a great time with Jacinta and Fidelma, and can count them as close friends now. I used to slag Fidelma about a hole in her shoe every day, but she felt she couldn’t change them as it would be bad luck. As for Jacinta, she is great person to be around. Always smiling and full of life no matter how much criticism Dylan gave her!

Next week, we are off on a little boat trip and Nathan Outlaw is coming for a masterclass. His stuff is amazing and he is the only fish restaurant in the world with 2 Michelin stars. Can’t wait.