Archives for the ‘Blog’ Category 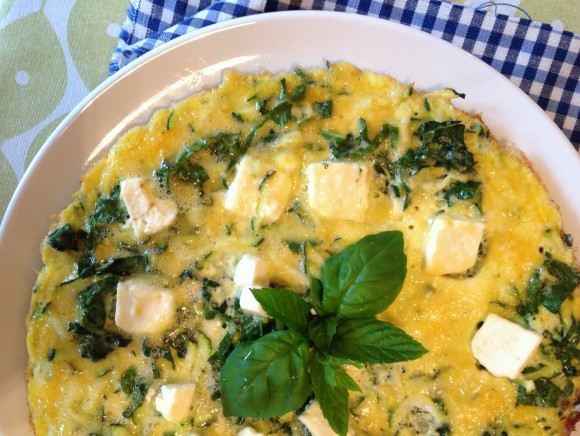 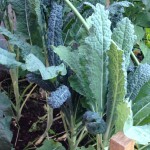 Summer is well and truly here and it is now that I really appreciate the move to the country. We have a garden again after 4 years for the kids to run around in, and to grow some vegetables. It’s not too hard if you pick the right veg and prepare the ground well, although there was a lot of trial and error. I started off with a 2m x 1m area, and dug the soil to remove most of the large stones. I then put some timber in to create a raised bed and topped with compost and some organic fertiliser. Some of the veg I grew from seed, starting them off indoors in the bathroom and some I bought as seedlings. 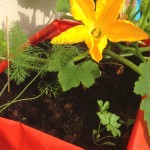 Kale (Cavolo Nero variety), peas, beetroot, chard and sprouting broccoli all worked well in the bed. The lettuce got savaged by slugs, although putting down beer traps worked, and the mizuno ran to seed pretty quickly as we could not eat it quickly enough. END_OF_DOCUMENT_TOKEN_TO_BE_REPLACED

Eggs-tra, Eggs-tra, read all about it! 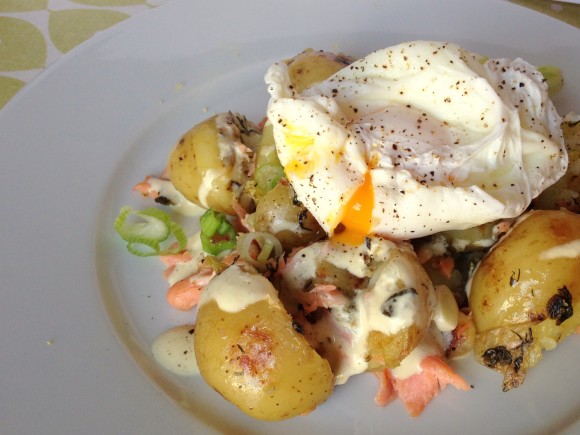 I’m gonna say a word that most of you most likely don’t want to hear after the Easter holidays…’Eggs..’ (Not the chocolate variety mind, so step away from the kids leftover Easter eggs now)… but really folks you won’t beat these for simplicity, versatility, taste and all round bang for your buck -  both in terms of nutrition and money.

OK, so advance apologies for the eggy puns. But these are egg-ceptionally easy dishes and perfect for brunch, lunch or a light dinner. I have to admit that these were my wife’s idea. We had a bit of an egg-stravaganza in our house recently.  This week, we ended up with 6 packs of eggs in the fridge. The weekly shop combined with generous neighbours who have their own hens called for a few egg inspired dinners. END_OF_DOCUMENT_TOKEN_TO_BE_REPLACED

Irish Food…it’s not all Bacon and Cabbage 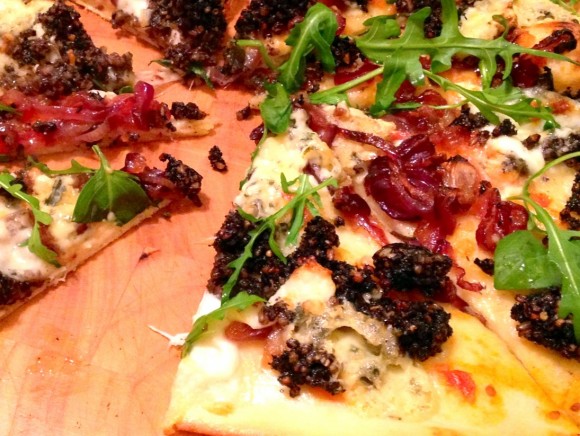 What better way to celebrate in the sunshine than to make some pizza’s, Irish style, perfect after a skinful of Guinness, as we like to say! I’m using the best of Irish ingredients for toppings. Clonakilty Black Pudding (we live on the stuff down here!), Cashel Blue cheese, and some onions and rocket from the garden. I’ve relied on my buddy Jamie for the pizza base recipe.

Not so hot on tongue, but I like a bit of cheek.. 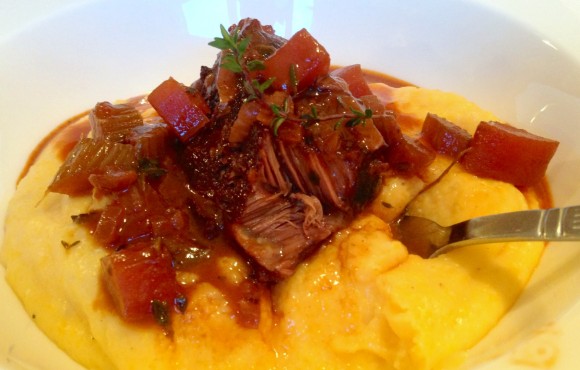 It’s great to see that people are looking at the cheaper cuts of meat again. This is definitely one that most people would avoid probably because of the part of the animal it comes from (for me its Ox Tongue, I know there are plenty of you out there that will disagree). Ox Cheeks are one of one of the easiest cuts to cook with, although you have to cook it for some time. Get your butcher to remove most of the fat and then it’s as simple as making a regular stew. Remember compromising on price does not always mean compromising on taste, if you are buying your meat from your local butcher.

I made this with polenta after seeing something similar on Sunday Brunch. I hadn’t cooked Polenta before; it’s something I had avoided given that some of the offerings I had tasted in the past were akin to wallpaper paste in texture and in taste. The addition of butter, parmesan and cream in this recipe marks the beginning of a beautiful friendship between me and the afore much maligned Polenta.. 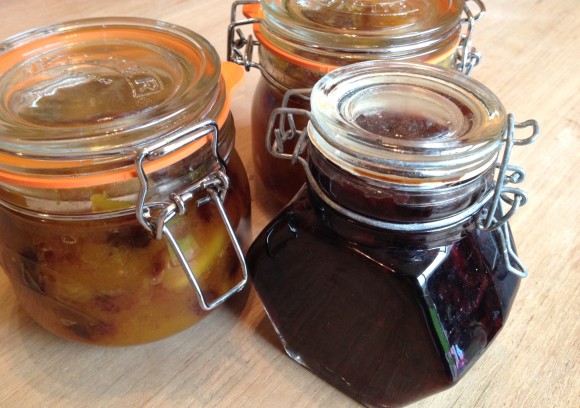 While Nigella might be on the naughty list this Christmas, her Cranberry and Granny Smith chutney is really nice! This will go well with baked ham or turkey, and play a starring role on any cheeseboard. I’ve also included a recipe for Beetroot relish which is a perfect accompaniment to smoked salmon, spiced beef or leftover turkey.

Chutneys are super easy to make and also make great gifts when presented in rubber sealed jars.  Make now as they will need a little time to mellow.

You can find the recipes here 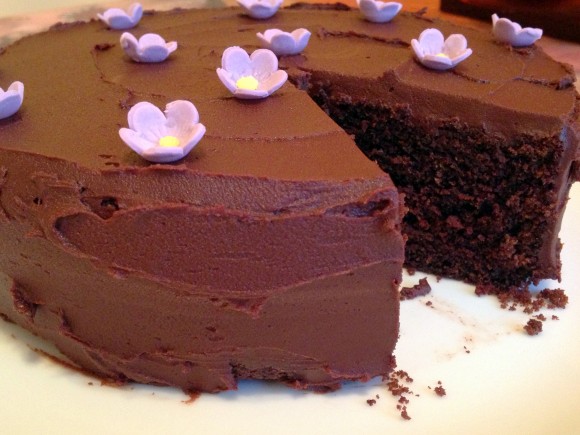 7 weeks since the arrival of our little man, and it’s time to start getting my pre-baby shape back. It’s time to hit the gym and get the diet in full flow. The middle of the night bottle feeds and the lack of healthy food have taken their toll on my figure and have seen me lose a few pounds. It’s time to put them back on! With those cold and wet winter nights just around the corner a man needs a bit of insulation.   What better way to spend your Sunday afternoon than making (and eating) an indulgent calorific Guinness and Chocolate cake. 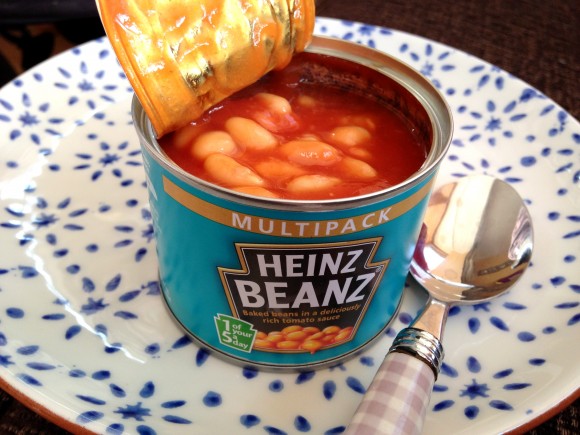 Three weeks since the arrival of our baby boy and the tiredness has well and truly hit home.  We’ve had cornflakes twice for dinner this week, failing that it is beans on toast, scrambled eggs on toast, and pretty much anything else you can fit on toast.  It’s too late to get organised now and start stocking up on old reliables for the freezer, like beef casserole or lasagne (expectant parents take note now!).

Plan B. Terry’s 10 minute meals! Well, if Jamie can do 15 minute meals! With just a handful of ingredients (you can substitute or omit based on what is in the kitchen cupboard) , here are a few quick dinners you can knock up in a few minutes.  Pukka!

If you have a little bit more time, you could always try an authentic Spaghetti alla Carbonara by Antonio Carluccio

Time for a new Adventure 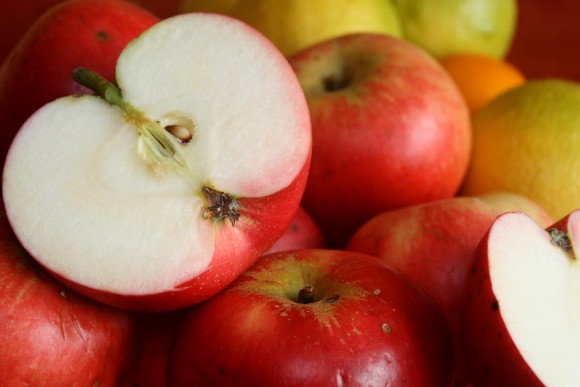 After 15 years in Dublin, it’s time for a new start for my family and I in West Cork. Since our move I’ve come over all Hugh Fearnley-Whittingstall, growing my own vegetables in the back garden and getting to know the people I buy my meat and vegetables from again. I’ve even bought a few books on growing your own food and the first salad leaves are beginning to take off.

Lest the  1m x 1m patch at the back of the semi-d doesn’t work out,  I’m lucky my father in-law is an avid gardener.   Here are two recipes using his rhubarb and apples, as well as some fresh blackberries picked with my daughter last night.  Buttermilk Panacotta with Poached Rhubarb and Strawberries and an Apple and Blackberry Tart.

My name is Terry Lyons and I’m a coffee snob! 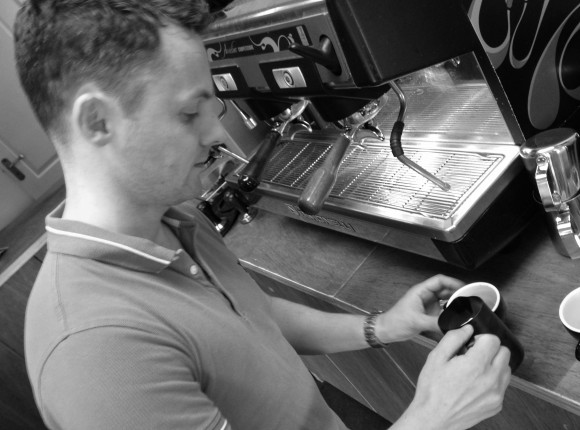 I’ve realised over the past few years that I have become a creature of habit.  At 7.10am each morning I duly arise, make my breakfast, wake a disgruntled child from her sleep and kick an even more disgruntled Missus out of the bed. 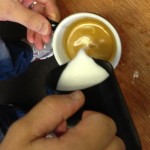 In the last few years a cup of coffee has become an integral part of that morning routine.   I have to admit, previous to this I didn’t really get the whole coffee thing.  I grew up in a house of stalwart tay drinkers.  We had a jar of powdered Maxwell House which lingered at the back of the cupboard since about 1982, only to be resurrected when the visitors came. The lumps had to be vigorously mushed out of it before adding the boiling water… it tasted like a cocktail of hot Guinness and tar that had been left to ferment in a rusty bucket in the back garden.  I didn’t start drinking coffee until I moved to Dublin, and bit by bit I became sucked into the emerging coffee culture.  Of course we’re all coffee experts these days…  you can walk into most  cafes and restaurants in the country now and waiting staff will nod duly as you ask for a cappuccino, a macchiato or tall skinny latte!  Albeit, some offerings are still reminiscent of the contents of that rusty bucket in the back garden in Mayo.

Last week I went to a Barista class with @3fe Coffee in Dublin 2. www.facebook.com/3FECoffee.  One of the first tasks we had was to taste 3 different glasses of water; distilled, tap and mineral water. Strange I thought, as I was at a coffee class. But as a cup of coffee is mainly composed of water, the quality of the water is very important. Tap water in Dublin is apparently perfect for coffee. 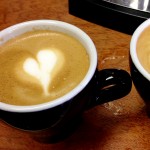 In the next few hours, I learned about the history of coffee, how to calibrate the machine, grind the coffee to the right consistency, weigh out the coffee (yes, they weigh the coffee for each cup at 3fe), froth the milk, and even have a stab at putting some designs on the top (to varying levels of success).

I’d highly recommend the class if you like your coffee and I couldn’t believe the level of detail involved in making a consistently good cup of coffee. Now when I order a coffee, I’m finding it hard not to correct the person making it! 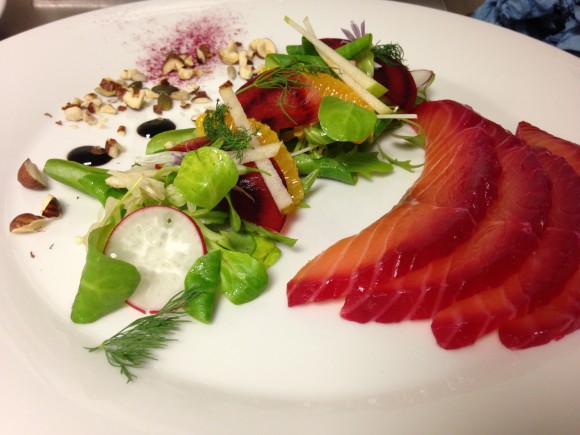 Last weekend, myself and some of the other contestants from Masterchef ran a Raw Food pop up in Smithfield, Dublin. The Raw Food movement is popular these days. In short, it means all food must be unprocessed and uncooked. When you think about it, it is very difficult. To make it even more difficult, we decided on having no dairy on the menu. Some elements of raw food I like, but some of it is extreme, and in my opinion, you’ll never beat a steak and chips!

We had great fun in the kitchen and managed to raise a lot of money for Dyspraxia Ireland. The menu is below as are some of the photos.

Ceviche of Scallop with honey, ginger and lime dressing